skip to main | skip to sidebar

My story is of a conservative theology professor in an ultra-conservative college. He has a public debate with a liberal Feminist theologian, and of course sparks fly - and not the good kind!

Their story follows a circuitous path, and she ultimately ends up being married to him as a submissive wife who gets spanked regularly. She had a hard time reconciling it with her feminism, but realizes that as a feminist, she can choose how she wants to be in relationship.

They become involved with another couple who are in the same kind of relationship (a female Protestant minister and a police chief), and they ultimately buy property together (about ten acres) so that they are legally bound in a four-way marriage of sorts.

In the process of all this happening, the four of them end up in Druidism and Pagan rituals, finding it more to their theological mindsets.

Lots of spanking goes on among the four people, and eventually others are added to their Druid Grove, all with the same ideas about Domestic Discipline.

Fun and games for all, and many sore bums are seen around the acreage!

PW
"Up with feminism, down with panties"

Posted by PURPLE WOMAN at 5:41 PM No comments:

I take part in this every year, and write enough words to be considered a "winner!"

Here is my problem - I start out a novel with a nice "normal" outline, and somewhere along the line, it simply gets into spanking, or domestic discipline, or some variation that involves kinky, but highly desirable behavior.

I give up! That kind of book must be what I am destined to write. I have honestly tried to write something different that I wouldn't be embarrassed for my children to know I wrote, but it just isn't going to happen.

In every situation I write about, I can see the female main character being submissive to the male character, almost always ending up over his lap for a sound spanking, or any number of other kinky scenarios.

I have started writing under a pen name (not the one I use for this blog), and publishers have shown an interest. There must be a market for my kind of novel somewhere. If I get published, I'll let you know :)

CLMcK
Posted by PURPLE WOMAN at 11:26 PM No comments:

This blog is not intended for anyone under the age of 18. It contains no pictures of nudity. It is strictly about adult spanking, domestic discipline, and occasional fantasy. If you are under 18, please go play elsewhere. 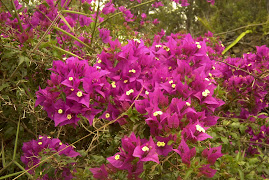 PURPLE WOMAN
You want to know who I am? I am a purple writer with a purple pen, a purple mind, and a purple lust.

Copyright © 2008-2009. This feed is for personal non-commercial use only. If you are not reading this material in the Purple Woman's blog, the site you are looking at is guilty of copyright infringement. Contact passionate.purple.woman@gmail.com so she can take legal action immediately.